Three-parent IVF is the assisted reproductive technology in which the genetic material of one male and two females is used for generating human offspring. Mitochondrial manipulation technologies are specifically used in three-person in-vitro fertilization. 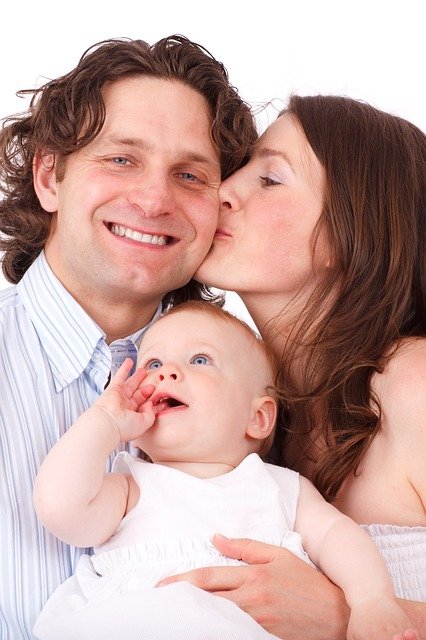 The three-parent IVF process aims to replace or reduce the DNA mutation effects in mitochondria to overcome infertility or prevent the potentially debilitating mitochondrial diseases to their offspring.

In the 1990s, the first three-parent babies were born. A novel IVF-based technique, ooplasmic transfer in which cytoplasmic material transfer technique was started in early 2000. A miraculous success was observed in this process, but the application of this process was controversial due to social and ethical issues raised about safety.

But in the recent past, a Greek woman had given birth to a baby boy by using the three-parent IVF process. In this process, DNA from three people was combined to treat infertility. The baby boy was born on 9th April 2019. The mother's age was 32 years who experienced multiple IVF failures due to poor egg quality.

This clinical trial was conducted in the Institute of Life, in Athens, Greece. The clinical researchers announced the good health of both mother and the baby after delivery.

The researchers of this clinical trial claim that they had created medical history, though several controversies came up. Many researchers had shown their concern that this process is primarily developed for avoiding mitochondrial disease transmission from mother to fetus, but not for infertility treatment.

In this clinical trial, the spindle nuclear transfer technique was followed. The nucleus from the mother was transferred into a donor egg from which the nucleus had been removed. Then, the donor egg was fertilized with sperm from the father.

The produced embryo was then transferred to the mother’s womb for further development. In this process, the resulting baby possesses genetic material from the mother and father with a small portion from a donor. In this case, the mother did not possess any mitochondrial disease. However, this process was used earlier also in Mexico in 2016.

The mother carried Leigh syndrome genes in her mitochondria. Leigh syndrome is a fatal neurological disorder. The animal trial reported that the risk factors associated with spindle nuclear transfer include that the scope of a mismatch between the DNA of the mother and the mitochondrial DNA of the donor along with the father may lead to accelerated aging, metabolism, and obesity.

But the recently conducted clinical trial in Greece showed that the three-parent IVF can treat unexplained infertility. Researchers agreed that mitochondrial issues may involve infertility.

In maternal spindle transfer, the nucleus from the mother’s egg cell has collected and inserted into the donor egg by removing the nucleus with leaving behind the cytoplasm. Then the egg is fertilized with the father’s sperm and then transferred to the mother’s uterus for further gestation, similar to other IVF procedures.

In the mid of 1990s, the first ooplasmic transfer was introduced at a reproductive medical center in the United States to treat women infertile who had over 35 years of age and failed to get the successful result after repeated attempts of traditional IVF techniques. However, during the initial phase of discovery, long-term safety data was lacked and no animal testing was conducted.

Moreover, the impact of heteroplasmy involving donor mtDNA on health was also uncleared. Later, in the early 2000s, an animal test result of mitochondrial replacement was conflicting. Some of the tested animals had a cognitive decline in adulthood or accelerate the aging process, whereas other animals were apparently healthy and could breed well.

Initially, ooplasmic transfer was applied for infertility treatment, but later the aim was shifted and considered as the preventing treatment for mitochondrial disease transmission. However, the safety and efficacy of ooplasmic transfer to prevent the inheritance of mitochondrial disease were uncertain. Still, now, the impact of mitochondrial manipulation on heredity remains unknown. However, researchers assumed that the possibility of potential alteration of family ancestry is high with involving donor mtDNA.

In 2014, the agency had taken into consideration that the three-person IVF is an improved technology that could be potentially used for preventing mitochondrial disease.

Not only in the US, but the three-parent IVF-related debate was prominent in the United States.

In 2012, after conducting clinical trials to test the efficacy of these technologies, the United Kingdom concluded that the use of mitochondrial manipulation technologies was ethical. In 2015, United Kingdom introduced laws to guide the use of three-person IVF after members of Parliament of this country voted in favor of allowing three-parent babies.