Pregnancy is associated with significant changes in anatomy and physiology of the female reproductive system. These changes occur due to underlying biochemical and endocrine alterations which bring together modifications of multiple organs and systems. These essential changes help women to adapt to the state of pregnancy and also support the development and survival of the fetus.

Clinicians also have an equal role to identify the pathological deviations during pregnancy to organize the right treatment decision making and to act accordingly to attain the successful maternal and fetal outcome. 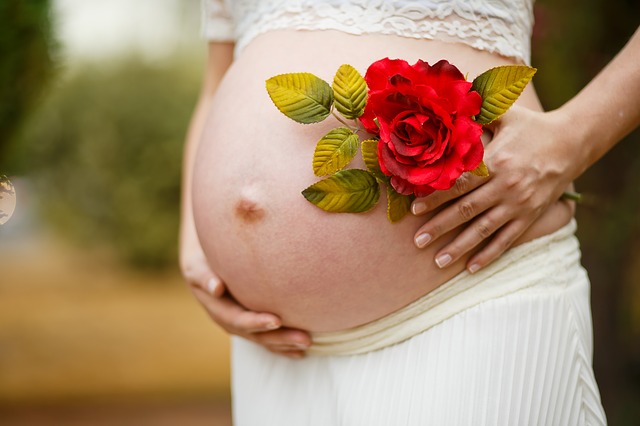 The phenomenal uterine growth in the first trimester is stimulated by high levels of estrogen and progesterone. Early uterine enlargement results from increased vascularity and dilation of the blood vessels, hyperplasia(production of new muscle fibers and fibroelastic tissue) and hypertrophy (enlargement of pre-existing muscle fibers and fibroelastic tissue) and decidua developed.

As the uterus enlarges, it also changes in shape and position. At conception, the uterus is shape and position. At conception, the uterus is shaped like an upside-down pear. During the second trimester, as the muscular wall strengthen and become more elastic, the uterus becomes spherical and globular. Later as the fetus strengthens, the uterus becomes larger and more ovoid and rises out of the pelvis into the abdominal cavity. The pregnancy may "slow" after the fourteenth week, although this depends to some degree on the woman's height.

In a normal pregnancy, the uterus enlarges at a predictable rate. As the uterus grows, it may be palpated above the symphysis pubis, sometime between the twelfth and fourteenth weeks of pregnancy. The uterus rises gradually to the level of the umbilicus at 22 to 24 weeks of gestation and nearly reaches at the xiphoid process at term. Between 38th and 40th week, fundal height drops as the fetus begins to descend and engage in the pelvis. Generally, lightning occurs in the nullipara (a woman that has never given birth) about two weeks before the onset of the labor and at the start of the labor in the multipara.

The uterus normally rotates to the right as it elevates, probably because of the presence of the rectosigmoid colon on the left side, but the enlargement (extensive hypertrophy) of the round ligaments keep the uterus in the middle line. Eventually, the growing uterus touches the anterior abdominal wall and displaces the intestines to either side of the abdomen. Whenever a pregnant woman is standing, most of her uterus rests against the anterior abdominal wall, and this contributes to altering her center of gravity.

At the approximately 6th week of gestation, softening and compressibility of the lower uterine segment occur (Hegar sign).  This results in exaggerated uterine anteflexion during the first trimester of the pregnancy. In this position, the uterine fundus presses on the urinary bladder, causing the woman to have a urinary frequency.

The cervical tips become soften and called as Goodell's sign.

Pregnancy hormones (estrogen and progesterone) prepare the vagina for stretching during labor and birth by causing the vaginal mucosa to thicken, the connective tissue to loosen, the smooth muscle to hypertrophy, and the vaginal vault to lengthen.

Increased vascularity and sensitivity of the vagina and other pelvic viscera may lead to a high degree of sexual interest and arousal.