In 2015, the UK had approved three parents IVF only for couples with a higher risk to have a baby with a serious mitochondrial disease. In the same year, the USA had banned mitochondrial replacement therapy because genetic modification affects the upcoming generation. However, Greece also moves ahead with the procedure. 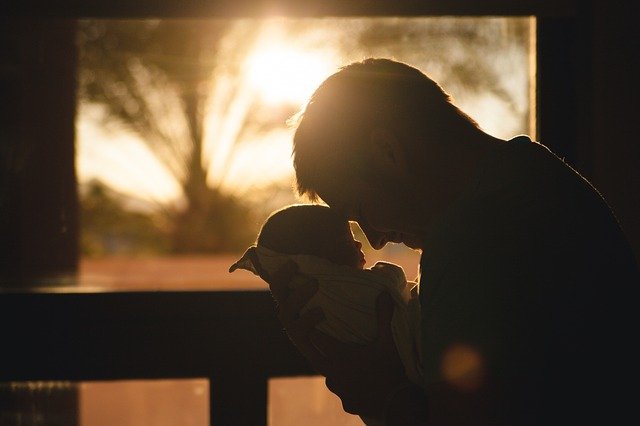 A Spanish company performed a clinical trial in Greece. Greek and Spanish teams used mitochondrial replacement therapy to help a Jordanian couple to get pregnant. The same technique was used by a U.S. fertility doctor John Zhang in Mexico. In 2016, a healthy baby boy was born first time by using this technique.
Mitochondrial replacement therapy is also known as a "three-parent" baby.

In this procedure, it carries a DNA blend, which is made up of the mother's DNA, father's DNA, and DNA from a female donor who has no familial genetic relationship with the child. The reproductive technique is also known as mitochondrial replacement therapy.

Three parents reproductive options for treating a genetic disorder
Donor involvement in infertility treatment is common in the case of infertile couples. But recent days, medical science conducted different research to treat a genetic disorder by creating a link between biological parents with donors.

There are multiple scientific approaches yet now developed, which helps to evolve and establish the current three-parent reproductive treatment option to prevent genetic disease. These are as follows:
Transmission of mtDNA can be possible through cytoplasmic transfer. The first cytoplasmic transfer-related pregnancy was reported in 1997. A little amount of ooplasm is transferred from one oocyte to another in the cytoplasmic transfer technique. In this process, mutated mtDNA does not remove. Therefore, it is unable to prevent mitochondrial disease transmission. But adding donor mitochondria can create a heteroplasmic oocyte with both mitochondrial haplotypes.

But in this process, the amount of healthy mtDNA transmission is very less.
Pronuclear transfer and spindle transfer are two recent reproductive treatment developments that are more promising to treat a genetic disorder. In these techniques, the mtDNA of the offspring is exclusively derived from a healthy donor's oocyte. While they inherit nuclear genetic material obtain from both the parents. These techniques bring out the concept of the ' Three parents reproductive option'.

This option not only prevents mitochondrial disease in the resulting child but also in subsequent generations.

In pronuclear transfer, both pronuclei remove from a fertilized ovum containing mtDNA mutations. Then, reconstruct by transferring them to the perivitelline space of a donated fertilized enucleated (cell without nucleus) ovum. The reconstructed ovum contains the nuclear DNA material collected from the mother's oocyte and cytoplasm and mtDNA from the donor's oocyte.

They found incomplete (8.3% development) in the blastocysts stage due to insufficient mtDNA carryover rate. Therefore, this method is not practically applicable.

But finally, clinical researchers got success with spindle transfer, the alternative approach of reproductive treatment development.

The spindle with attached chromosomal material is collected from the donated unfertilized oocytes in the spindle transfer technique.

Then transfer it to the maternal oocyte, which has no own nuclear material through the micromanipulation process. Then in-vitro fertilization is conducted with reconstituted oocyte and sperm tissue collected from the father semen and allows for embryo development.

The efficiency of this technique was first tested in a nonhuman primate model and obtained a successful result by giving healthy offspring birth.

In this technique, the main challenges are germline modifications and the transmission of the modification to the subsequent generations. Research-related interventions are applied to the participants, but the associated risk occurs in the offspring.

Therefore, the investigator should reassure that the level of risk must not be apparent for several years before conducting such research.
Using of human embryos for in-vitro research purposes is controversial.

Offering financial compensation to oocyte donors and embryo creation for research is unethical in many countries, including the USA. It has already been mentioned that the UK allows such type of research.

However, a detailed description of the potential usefulness of pronuclear transfer and spindle transfer needs to justify before the conduction of the research in a specific group.

Moreover, an expert panel of the Human Fertilization & Embryology Authority, UK, recommended long-term follow-up of any children born as a result of these techniques. Donor oocytes need not be fertilized in the spindle transfer technique.

No embryonic destruction involve in the spindle transfer process that is an advantage over the pronuclear transfer. The scope of research and clinical execution is more.

There are some ethical concerns like the safety of these reproductive techniques and restricting the conduction of human reproductive research. Extensive preclinical research requires performing before conducting human research ethically.

Research involves an alteration of human DNA and that can be transmitted to subsequent generation to generation is banned in many countries including the USA.

This restriction is due to the concern of the techniques will not be restricted only to prevent diseases, but genetically enhanced 'designer baby' creation will be broadened.
Another ethical concern is if the born child will be a girl, then the donor's mitochondrial pass from generation to generation through maternal mtDNA. However, this problem will not arise in the case of the birth of a baby boy, because offspring of a subsequent generation never get mtDNA from their father.