Will you believe, if a woman feels happy when her waist size increases from 26 to 44? Yes, it is true but only when she is carrying a child in her womb. This is the most beautiful experience for any woman on this earth. A woman’s love for her child is unconditional one. For an Indian woman this is a psycho-spiritual phenomenon rather than a psycho-sexual one. 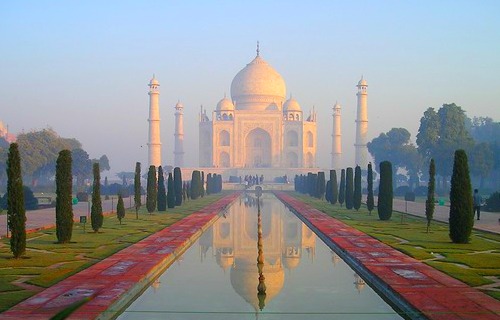 However, not everyone is lucky enough to experience motherhood; there are many married couples who are not able to attain parenthood due to various reasons. Childlessness attracts unwanted comments from the orthodox Indian society and leaves the childless couples more distressed. But with the advancement in science and technology people have various ways of attaining parenthood. Surrogacy is one way which is expanding not only in Indian society but also all over the world. There are many treatments for infertile couples but for those who are not even helped by the treatment, surrogacy comes to rescue.

Ancient Root of surrogacy in India

Surrogacy prevailed from the ancient times and was known as “Niyogi Pratha” in Mahabharata. We all know Gandhari, wife of the blind king Dhritrashtra; even she had complications in her pregnancy. Finally she delivered a mass of cells which was placed in a nutrient medium and was left for growth in vitro till full term.

There is also story about test tube babies; here Sage Gautama had two kids, Kripa and Kripi who were produced from his semen. Similarly, sage Bharadwaj had a son Drona, famous teacher of Pandavas and Kauravas.

Surrogacy: It is a practice where a woman helps another woman by carrying a child for her. This is a technology to help a woman who is not able to conceive. Surrogate mothers are categorized in two ways- one traditional surrogate and the other gestational surrogate or IVF surrogacy. In the first one surrogate is the biological mother to the child as her egg is fertilized whereas in the second one the egg of the recipient is harvested and then fused with father’s semen and then transplanted in the surrogate mother’s womb.

Surrogacy in India: It all started in a small township of Anand in the South Gujarat. This place has now become a center of attraction for people seeking help in attaining parenthood. This place is not only popular among Indian citizens but also couples from all across the globe come here to get a surrogate mother for themselves. This place is also known for its success rates in surrogate deliveries.

The surrogacy method has come far way and this is escalating by every passing day. Though, many surrogate mothers still keep secret when they are carrying child for other couples. However, things have improved to a great extent and in fact this industry is booming day by day in India. Fertility tourism in India has helped many people as the cost here for surrogacy phenomenon is just a fraction of that in other countries.