Greeks, Romans, and Chinese ancient history already depicted the successful incorporation of surrogacy to settle the family for infertile couples. Therefore, the success story of surrogacy is not a new thing to discuss. But it is necessary to mention that the acceptance of surrogacy gradually increasing day by day in our modern society. Vast physiological changes, including the enhanced requirement of cardiovascular output, increase the rate of glucose metabolism,  balanced renal functioning and labor and delivery associated physical stresses require to support a pregnancy. 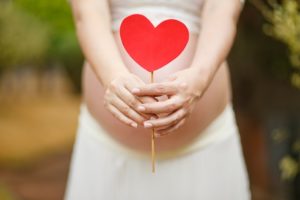 Increasing age and certain morbidities development unable to support pregnancy due to lack of physical compatibility.  In such cases, surrogacy is considered an alternative to conventional pregnancy.

This report also described the efficacy of gestational carrier-cycles for patients to undergo other assisted reproductive treatments (ART) is the same as a typical IVF/ICSI cycle. But the birth weight is significantly higher in the gestational carrier than donor egg cycles.

But a continuous research evaluation is conducted to check the efficacy of  Surrogacy over other ART. There are different research results provide the evidence that surrogacy increases the rate of successful pregnancy.

In the year 1999, CDC reported that 25.59% success rate of pregnancy for female had less than 41 years age who opted IVF process; whereas the success rate was almost double in case of gestational surrogacy.

The data finds showed 51.28% success rate of pregnancy in patients who opted gestational surrogacy.  Even surrogacy provides a good opportunity to establish family for patients having the history of repeated implantation failure problem.

The research result provides evidence that 66.66% pregnancy rate by opting surrogacy for the couples facing repeated implantation failure. Therefore, surrogacy provides better ART outcome in a favorable condition, where other ART techniques may not be successful.  However, one should consider ethical and social concerns before opting the surrogacy.

A retrospective cohort research study conducted from 1998-2009 showed that the rate of live birth is significantly higher in the gestational carrier than general IVF process. Experts recommended gestational surrogacy is a viable option for patients with co-morbidities and unable to carry their own baby.

Surrogacy gives them an opportunity to start their own family, who have obstetrical contraindications to become pregnant. Some female individuals have a miscarriage tendency and loss their pregnancy repeatedly.

Gestational surrogacy supports favorable ART outcomes in this respect and increases the rate of live birth for such individuals by providing appropriate placenta and the endometrial lining of the uterus to grow the fetus effectively.  Experts also suggested that gestational surrogacy cycles had higher rates of ART success than non-gestational carrier cycles by evaluating retrospective cohort study conducted from 1999 to 2013.

However, gestational surrogacy cycles have a tendency to increase the risk of multiple births and premature delivery rates. These risks can be alleviated by transmitting less number of embryos and the experimental research showed this clinical attempt improves the success rate among gestational carrier cycles.