Embryo implantation in the womb brings gradual changes in the female body along with mental health alterations like mood swings, fatigue, the feeling of vomiting. All these apparent changes not only indicates physical changes but also changes in the brain. During pregnancy woman's body acts as a host and accepts the huge adaptations require to support the growth of the fetus. Among different physiological adaptations, neuroscientists are continuing to do research on structural and functional changes of the brain during pregnancy. 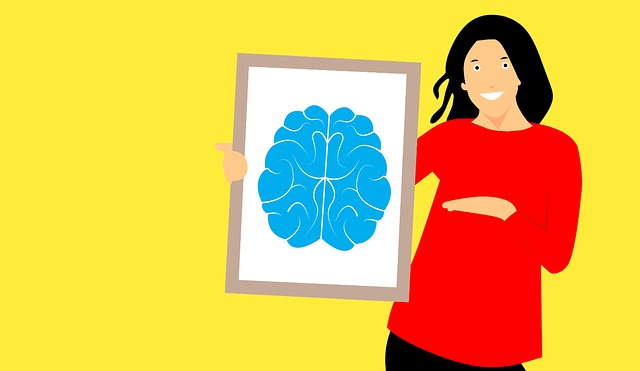 In 2016, a research team from Spain and the Netherlands had conducted a magnetic resonance imaging (MRI) based study to evaluate the alterations inside the brain during pregnancy. These study findings reported that the gray matter in the brain becomes shrink during pregnancy as the researchers had compared MRI images taken at the pre-pregnancy stage and postnatal stage. The gray matters present in the brain are pinkish-gray tissue, which contains the cell bodies and synapses of nerve cells.  This loss of volume of gray matter has persistent for at least two years after child delivery.

This information may create anxiety among women who are planning for their baby, as they consider gray-matter shrinkage give detrimental effects. But according to the neurologist, the loss of grey-matter volume represents a “fine-tuning of connections", as similar to changes occur in the teenage brain. During teenage, hormonal flow triggers a better connection between nerve cells by shrinking neural junctions (synapses), which makes more streamlined brain circuits to work efficiently. However, yet now neuroscientists do not confirm synaptic pruning or loss of neurons or glial cells leads to the gray matter shrinkage in pregnant women.

The area of the brain which has shrunk is involved in social cognition. One can figure out the feeling and think of someone else through the activation of social cognition. Neuroscientists believe that the gray matter shrinkage activates the social cognition in new mothers and for this reason, mothers able to decode the child’s various actions and indications such as coos, crying and figure out the requirement of the baby immediately after the birth of her child.

However, activation and improvements in social cognition may bring some cognitive changes during pregnancy. The result obtains in the postpartum period is not uniform for every case. Some women have experienced memory problems, like spatial memory which is also termed as “pregnancy brain.” However, some time body redirects the whole concentration and utilizes maximum energy for caring for the baby, which creates memory problem issues.

The structural and functional changes in the brain can occur due to the triggering effect of estrogen, progesterone hormones. During pregnancy, the hormonal fluctuation is significant and the hormonal flush has a powerful influence on brain tissue. Yet now, researchers have unable to estimate the mechanism of action of these hormones in the brain cells. However, several research studies are conducted to evaluate the impact of pregnancy in a woman's brain, but the conclusive result needs more experiments concentrating on the experiences women have had during their prenatal, during gestation and postnatal period.